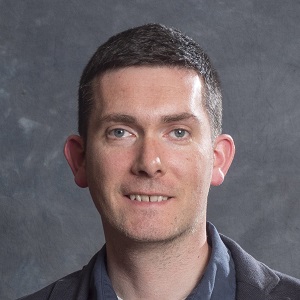 Professor David Finn is Professor of Pharmacology and Therapeutics, Principal Investigator and Founding Co-Director of the Centre for Pain Research at NUI Galway.    He brings his expertise in the areas of cannabinoids and neuropharmacology to FutureNeuro.   His laboratory is facilitating measurement of endocannabinoids for FutureNeuro research projects.
The overall aim of Professor Finn’s research is to increase our understanding of the neurobiology of pain and psychiatric disorders including anxiety and depression.  His work focuses, in particular, on the affective and cognitive dimensions of pain, stress-pain interactions, and neuroinflammatory processes, with an emphasis on the endogenous cannabinoid, opioid and monoaminergic systems.  An integrative, whole-systems neuroscience approach is employed, combining preclinical behavioural models with neurochemical and molecular analyses.
Professor Finn is a former recipient of the President of Ireland Young Researcher Award from Science Foundation Ireland, the Wyeth Award for outstanding research in Preclinical Psychopharmacology from the British Association for Psychopharmacology and the Pain Research Medal from the Irish Pain Society.  He is a Past President of the Irish Pain Society (2015 - 2017), and he sits on the Scientific Advisory Panel of the European College of Neuropsychopharmacology.  He is also a member of the International Cannabinoid Research Society, the International Association for the Study of Pain, the British Pharmacological Society, Faculty of 1000 Prime, and a member of the Editorial Boards of the Journal of Psychopharmacology,  Brain Research and Frontiers in Neuropharmacology.  From 2012 - 2015 Professor Finn served as Director of the Galway Neuroscience Centre.    In addition to directing his research programme, Professor Finn teaches a range of Pharmacology topics to undergraduate and postgraduate science and medical students.