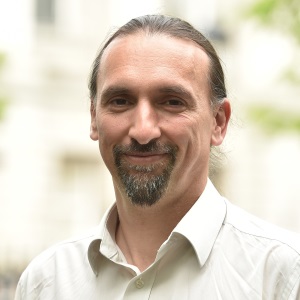 Epilepsy is one of the most common chronic brain diseases, affecting over 65 million people worldwide. 1 in 115 people in Ireland have epilepsy. The diagnosis of epilepsy and acute seizures represents a major clinical challenge; particularly in settings were a quick diagnosis is critical such as in the emergency department. Diagnosis often requires expensive and complex technologies such as brain scanning and recording electrical activity. The signs of a seizure can also be confused sometimes with other disorders. Hence, there is a need for a fast, simple and less invasive diagnosis technique.

However, SFI FutureNeuro Funded Investigator Tobias Engel and his team together with researchers in UK, Germany and clinical colleagues in Beaumont Hospital, are onto something! Their findings could lead to the diagnosis and detection of epilepsy via a novel, user friendly point of care device which requires a drop of blood and gives results within minutes.

Over to Tobias to explain..

Take us back to the very beginning, how did this research start?

The main focus of my lab for the past 10 years is to understand the causes and treatment of epilepsy. We are most interested in a molecule called Adenosine triphosphate (ATP) which is released by brain cells during normal communication but also as a signal of damage. We want to know if we can develop treatments for epilepsy that affect how ATP works. For example, we know that if ATP levels build up too much they cause an inflammatory reaction in the brain that makes epilepsy worse. Drugs that block ATP could be useful to treat epilepsy. We also became interested in whether ATP and related molecules called purines might also enter the blood stream after a seizure. If they did, we could use a measurement to as a novel diagnostic test to help doctors decide if someone had had a seizure or developed epilepsy.

Why was it carried out?

The diagnosis of epilepsy and acute seizures represents a major clinical challenge; particularly in settings were a rapid diagnosis is critical such as in the emergency department. Currently the most accurate method is to record brain activity but this requires specialised equipment and expertise. It also takes a long time. Prolonged seizures can damage the brain so in some cases “time is brain”. Even using the best equipment it is still difficult to be certain a seizure has occurred as clinical signs can be confused with other events such as fainting.

In our new research we used a newly developed sensor chip to measure the concentration of purines in the blood. The device is about the size of a small radio and the chip smaller than a pencil.

What was discovered during this research?

We found that blood purine levels were higher than normal in patients with epilepsy.

What is the most significant part of the findings?

The ease of detection and volume of blood needed are remarkable.  A single finger prick of blood was all that was needed to detect the difference. Something similar to what is needed by a diabetes patient to test blood glucose. The results can be read in a few minutes.

Our data provides the proof-of-concept that the measurement of blood purine concentrations may offer a rapid, low-volume bedside test to support the diagnosis of seizures and epilepsy. Our results must now be validated in multi-centre prospective studies to allow for a better understanding of the relationship between blood purine levels, seizure types (e.g., motor seizures vs non-motor seizures; epileptic seizures vs psychogenic seizures) and underlying disease phenotype.

What could a discovery like this mean for someone living with epilepsy?

Because purines can be measured in whole unprocessed blood immediately following sampling and of the minimal need for equipment similar to a glucose test, this technology could even be implemented outside the normal hospital environment (e.g., GP surgeries, ambulances, emergency wards) where an underlying epileptic condition is suspected, sparing patients from long-term stays at overcrowded hospitals.

You can see the full publication in Epilepsia right here and in Nature Reviews Neurology.